The Human-Driven Spiral That Might Be Making Wildfires Worse 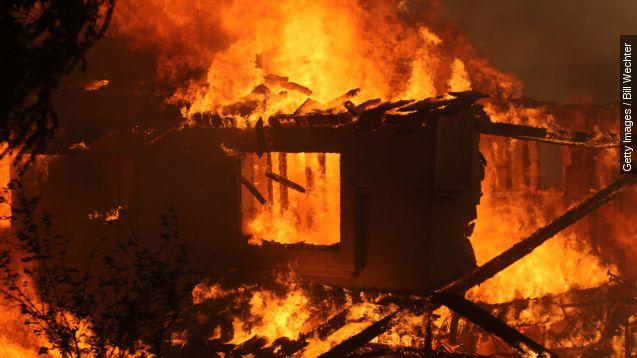 Since Jan. 1, wildfires have burned more than 6.4 million acres across the country, almost three times the amount burned during the same span last year. (Video via State of California)

The overwhelming majority of wildfires in the U.S. are started by humans — as many as 90 percent of them, in fact. (Video via Canadian Tire)

But that's not really the point: The factors that allow them to spread so rapidly in certain regions have evolved over millennia and serve an ecological purpose. (Video via NASA, State of Colorado)

In forests, wildfires regenerate soil, recycle nutrients, and some forests even depend on regular fires to reseed trees. (Video via California University of Pennsylvania)

But, as with so many things, humans have disrupted this natural process and made it more destructive. (Video via National Wildfire Suppression Association)

Through suppressing regular fires, for agriculture and development, humans likely have increased the frequency of severe fires, by allowing forest litter — like dead leaves and branches — to accumulate.

That litter also allows greenhouse gases to accumulate, which means those severe fires are also contributing to climate change.

Which is in turn leaving forests dryer and hotter, making it a lot easier to start those severe wildfires.

Especially in Alaska, which is currently seeing its worst ever wildfire season and, as the country's only Arctic state, is also warming twice as fast as the rest of the U.S., according to Climate Central. (Video via KTVA, NASA)

But it doesn't look like suppressing those fires will stop anytime soon. Settlement of wildfire-prone areas in Colorado, for example, is only increasing, and the government spends some $3 billion to protect settlement every year. (Video via YouTube / Show My Property TV)