This Giant Shark Can Live For 400 Years 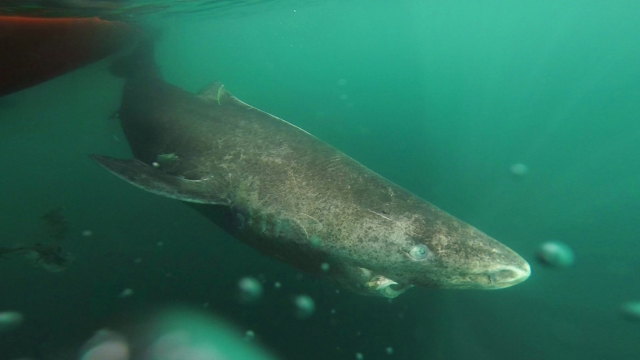 SMS
This Giant Shark Can Live For 400 Years

By Steven Sparkman
August 11, 2016
Greenland sharks are the new record holders for longest-living vertebrates after a new study put their maximum lifespan at an incredible 400 years.
SHOW TRANSCRIPT

But it's got nothing on the Greenland shark, which is huge, rare and, it turns out, extremely long-lived.

Greenland sharks are the new record holders for longest-living vertebrates after a new study put their maximum lifespan at an incredible 400 years.

SEE MORE: Want To See What A Shark Sees? This Camera Can Show You

The study also found they don't even reach sexual maturity until around 150 years old. So at an age when tortoises are becoming elderly, Greenland sharks are just leaving childhood.

In fact, lots of ocean dwellers live longer than tortoises. Bowhead whales can live more than 200 years. Even a humble koi fish is thought to have survived to age 226.

The sharks have one thing in common with tortoises, though: They both move very slowly. Greenland sharks tend to swim at about 1 or 2 miles per hour.