The DNC's Roll Call Had Plenty Of Politics And Heart 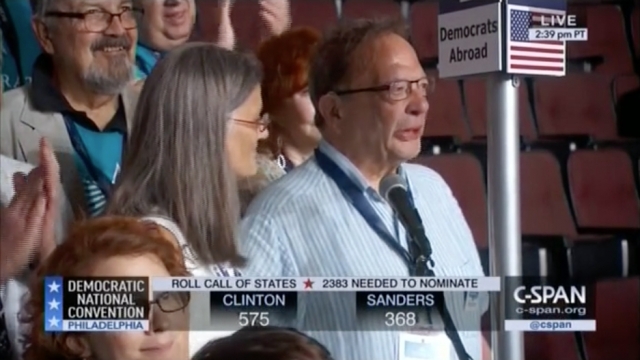 "Are we ready to make some history?" Stephanie Rawlings-Blake asked.

All of the Democratic delegations cast their votes Tuesday afternoon. Some used the moment to make a political statement.

"The battleground state that will elect Roy Cooper and repeal HB2," a North Carolina delegate said.

"The best city in the world and soon to be the 51st state of our great union," Washington, D.C., Mayor Muriel Bowser exclaimed.

There were also some heartfelt moments.

"In honor of Dorothy and Hugh's daughter, and my sweet friend, I know you're watching. This one's for you, Hill. 98 votes," long-time Clinton friend and Illinois delegate, Betsy Ebeling said.

One of the most talked about — when Larry Sanders spoke of his late parents and nominated his little brother, Sen. Bernie Sanders.

"They loved the New Deal of Franklin Roosevelt and would be especially proud that Bernie is renewing that vision. It is with enormous pride that I cast my vote for Bernie Sanders," Larry Sanders said.