The Date Is Set; UK To Vote On Leaving The EU 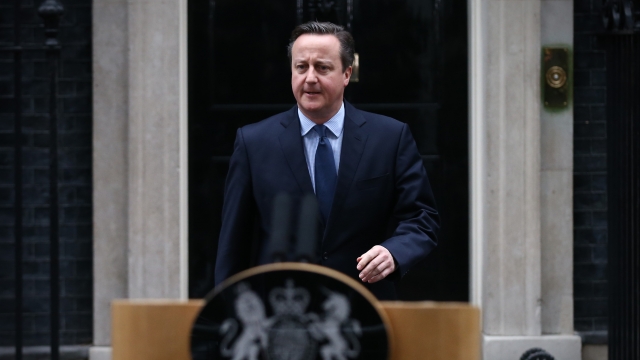 SMS
The Date Is Set; UK To Vote On Leaving The EU
By Melissa Prax
By Melissa Prax
February 20, 2016
U.K. Prime Minister David Cameron has officially announced an electorate vote for June 23 to decide if the country should stay in the European Union.
SHOW TRANSCRIPT

U.K. Prime Minister David Cameron has announced plans to hold an electorate vote to decide if Britain should stay in the European Union.

"Britain will be permanently out of ever closer union, never part of a European super state," Cameron said.

The referendum is June 23. Cameron has said he wants his country to stay in the EU, though at least six cabinet members are against him.

On Friday, Cameron and EU leaders completed a deal that would offer "minor changes" to U.K.-EU relations.

A big part of those changes includes halting EU migrant benefits — a point that concerns opponents. Other EU members don't want migrants to be treated differently in the U.K.

Opponents of the deal are also worried other EU countries might also call for deals that would benefit their own economies and citizens.

This video includes clips from the U.K. Parliament, BBC and UKIP and images from Getty Images.