The Daily Commute Is Dangerous For Cambodia's Sweatshop Workers 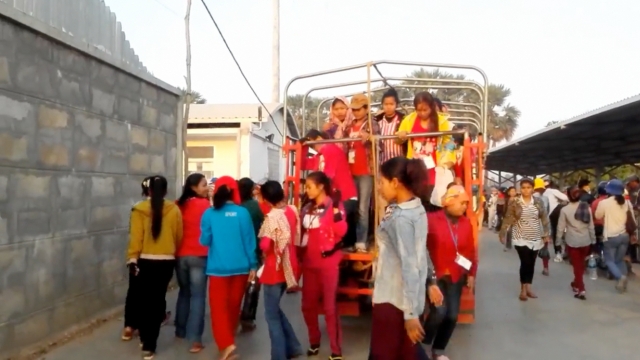 SMS
The Daily Commute Is Dangerous For Cambodia's Sweatshop Workers

By Melissa Prax
February 20, 2016
Many sweatshop workers in Cambodia commute to work in crowded trucks. Seventy-three workers died in accidents on those trucks in 2014.
SHOW TRANSCRIPT

Working conditions and wages for 700,000 of Cambodia's garment sweatshop workers have long been criticized.

But the commute to and from work can also be crowded and potentially dangerous.

Many of Cambodia's roads aren't the safest.

And in 2014, 73 workers died and hundreds of others were injured on their way to factories.

Cambodians who can't afford to drive themselves pile onto trucks and buses to get to work — a cost at least partially covered by companies. Cambodian law says accidents on those commutes are considered workplace injuries.

But when a worker dies, it can be a lengthy and difficult process for their families to get compensation.

Now, the government is getting to the root of the problem by teaching safer techniques to drivers — most of whom never got their licenses.