The Big, Red Brexit Button: When Will The UK Invoke Article 50? 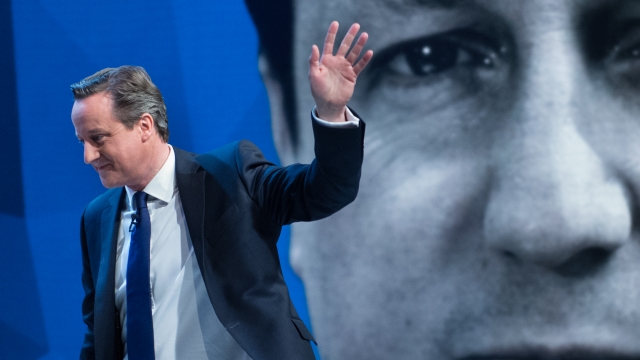 SMS
The Big, Red Brexit Button: When Will The UK Invoke Article 50?
By Matt Picht
By Matt Picht
June 26, 2016
The formal process of extricating a nation from the European Union might take some time.
SHOW TRANSCRIPT

The U.K. has spoken, and it wants out of the European Union. But despite the results of this week's referendum, the country hasn't technically taken any real steps toward exiting the EU.

The formal process of extricating a nation from the EU is laid out in Article 50 of the Lisbon Treaty and starts with the leader of that nation informing the European Council that their country wants out. So when does the U.K. formally push the Brexit button?

Many U.K. politicians — including several leaders of the Brexit movement — are in no rush to start the process. That's partly to buy more time for negotiation; once Article 50 is triggered, diplomats have just two years to figure out the fine details before the treaties binding the U.K. to the EU expire.

There's also the matter of who will be leading those negotiations. We won't know who is replacing the outgoing Prime Minister David Cameron until party elections in October; the outcome of that vote could dramatically influence how the talks go.

On the other hand, several EU leaders are agitating for the U.K. to pull the trigger and be done with it, arguing a messy and prolonged process would increase instability and financial uncertainty in the region.

There's another reason U.K. leaders are dragging their heels — once Article 50 is invoked, the terms of the U.K.'s exit can only be approved or vetoed by the rest of the European Council. So triggering Article 50 would prevent the U.K. from, say, getting cold feet and holding another referendum to stay in the EU —  the decision would be out of the country's hands at that point.