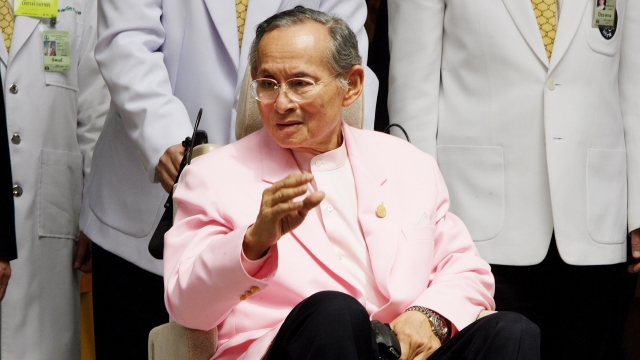 According to the Royal Palace, the king passed away "in a peaceful manner" in Bangkok on Thursday. He was 88.

The king took the throne after World War II and held it for more than 70 years, making him the longest-reigning monarch in the world.

For a comparison, Queen Elizabeth II has ruled over Britain for about 64 years.

Bhumibol was well-loved and respected by the people of Thailand.

After his death was announced, thousands of mourners gathered around the hospital where he took his final breath.

"He is a father; he is like a father," one mourner told CNN.

And civil servants have been ordered to wear black for an entire year to pay their respects.

Palace officials say the king's body will be moved to the Temple of the Emerald Buddha in Bangkok on Friday.