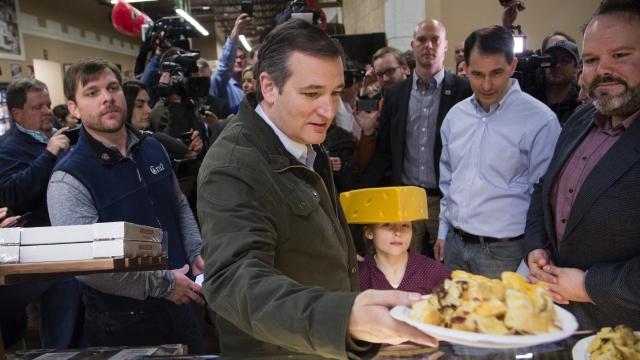 Ted Cruz has won Wisconsin's Republican primary, putting him a little closer to Donald Trump's delegate count and increasing the likelihood of a brokered convention.

The Wisconsin loss caps off what might be the toughest two weeks of Donald Trump's campaign, after he said this ...

"There has to be some form of punishment," Trump said on MSNBC.

"For the woman?" Chris Matthews asked.

... and then saw his already dismal net favorability with women drop to historic lows.

But there is good news for Trump: New York's primary is next, and Trump's healthy lead in his home state is poised to deliver all of 95 delegates — a big boost toward the magic number he needs to clinch the Republican nomination outright.