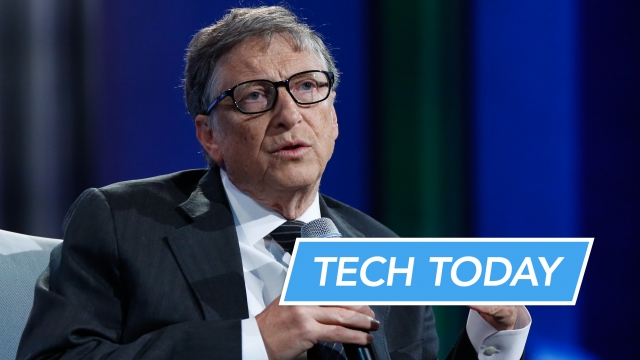 You know that high-profile case that's going on right now? The one where Apple is protesting a court order to assist the FBI in breaking into an iPhone? Well, Microsoft co-founder Bill Gates shared his thoughts on the situation, and we're not sure where he stands.

The Financial Times published an interview with Bill Gates under the since-changed headline, "Bill Gates backs FBI iPhone hack request," but in a subsequent conversation with Bloomberg, Gates said he was "disappointed" because the original article didn't reflect his views on the issue.

"You don't want to just take the minute after a terrorist event and swing that direction. Nor do you, in general, want to completely swing away from government access when you get some abuse being revealed. You want to strike that balance," said Bill Gates in an interview with Bloomberg.

In other news, if you fancy yourself a drone pilot, you might be happy to hear a company has a plan to reduce pilot anxiety: drone insurance.

Spending between $500 and $5,000 on a drone can make you sweat a bit when you realize you might break the thing during flight. Enter DJI Care, an insurance plan for your drone. The plan comes in six-month and 1-year packages and covers damage to the drone, stabilizing gimbal and camera.

Unfortunately, much like the drones it protects, the insurance is pricey. There's also a lot of fine print, but we'll spare you the details. You can read it all on DJI's site.

And while we're on the subject, you might find a drone helpful in this new augmented-reality game, "Father.IO."

It's essentially a game of play-anywhere laser tag controlled via your smartphone and a special infrared attachment. The company wants to make the world's first real-life massively multiplayer online game.

"Father.IO" is an Indiegogo campaign, for now. The company hopes to raise $50,000. In the meantime, you can request access to a beta version of the app by visiting the Indiegogo page.

This video includes clips from Apple and DJI.