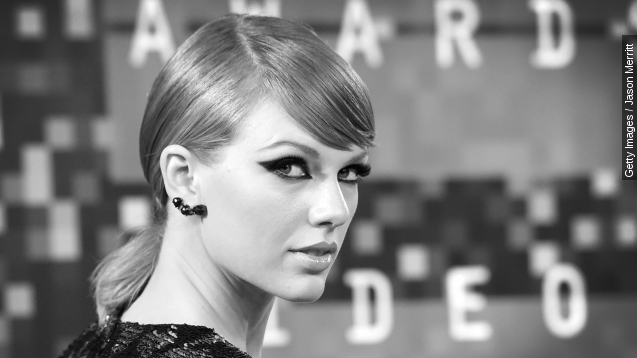 And in four days, the video has racked up over 19 million views on YouTube. But as more people watch it, more attention is being drawn to the lack of racial diversity in the video — even though it's set in Africa.

Yes, the video lacks diversity. But most critics argue there are zero black people in the video.

Actually, there are at least two — although they are background characters to all the white characters in the video.

The video brings to mind movies like "The African Queen" and "Out of Africa." As Mic points out, those films romanticized a time when a lavish lifestyle was often built on slavery.

Critics are questioning why the producers didn't present an African perspective in the video.

But that's also not what this music video is about — political correctness is never what Swift's videos are about. Her videos are generally about fantasies. (Video via Big Machine Records / Taylor Swift)

Swift was also criticized for the stereotypes portrayed in her "Shake It Off" video, in which the ballerinas are all white and the twerking women are predominantly ethnic and mainly black.

And let's look at one of her first videos, "Love Story." Remember that one? The dream sequence was also set in a Colonial period — and you don't see a single ethnic person in it.

Same thing with the "You Belong with Me" video. That's set in a high school, yet you only see one minority in the entire video — and she's also a background extra.

Some critics argue Swift's camp anticipated the backlash to the "Wildest Dreams" video — hence the message at the end of the video saying the proceeds from the video would be donated to the charity African Parks Foundation of America.

But it's way more likely she wanted to honor Cecil the lion's death. (Video via The National)

OK, maybe the producers should have considered how filming a video in Africa sans the inclusion of Africans would look. But this is really no different from Swift's other videos. Any issues with diversity in this video should really apply to the majority of her music videos.