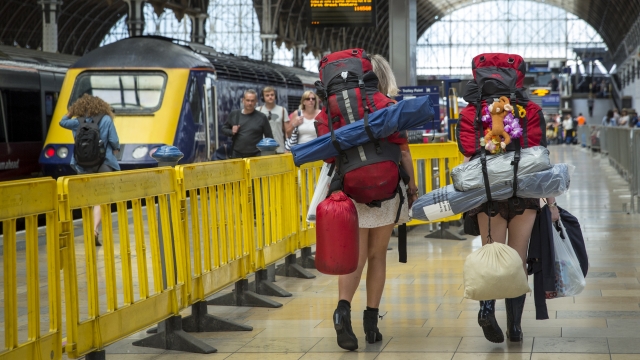 SMS
Taking A Summer Eurotrip? There's A Travel Alert For American Tourists
By Lauren Stephenson
By Lauren Stephenson
June 1, 2016
As tourists travel to Europe this summer, the Continent becomes a greater target for terrorist attacks, according to the U.S. State Department.
SHOW TRANSCRIPT

Americans traveling to Europe this summer should remain vigilant.

The U.S. Department of State issued a Europe travel alert Tuesday. It says with more tourists heading to the Continent over the summer, it's a greater target for terrorists.

Europe has some large events in June and July, including the European Soccer Championship, the Catholic Church's World Youth Day and the Tour de France. World Youth Day alone is expected to draw 2.5 million people, according to the State Departmentment.

The department's spokesperson said the alert is a renewal of a travel notice issued after the March terrorist attacks in Brussels. He said the department typically waits to renew an alert when it's about to expire but the department issued it early since the summer travel season is starting.

"I'm not aware of any specific, credible terrorist threat around these events or in any particular place in Europe. This alert was issued, as they always are, based on a cumulation of information," U.S. State Department Spokesperson John Kirby explained.

The State Department says American tourists should be aware of their surroundings and avoid crowded places. The travel alert expires Aug. 31.