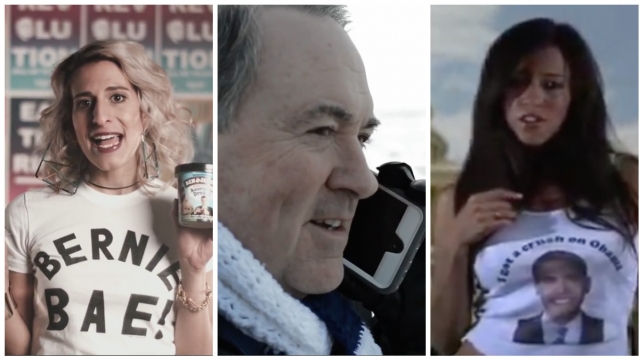 SMS
Tacky 2016: Campaigns Ruin The Best Songs
By Cody LaGrow
By Cody LaGrow
March 21, 2016
The race to the White House involves so much more song-and-dance than it used to.
SHOW TRANSCRIPT

What's in a campaign song? Besides ruining what was once so pure.

Yep. That's the poor man's Keith Urban inspiring the most awkward of sways from Donald Trump and Ben Carson.

Perhaps "the Donald" rocks out harder to this Van Halen cover.

It's not just Trump. Mike Huckabee said "Hello" to this parody and goodbye to his campaign.

But the Democrats are no strangers to polluting pop culture.

Martin O'Malley even strung along his campaign with this Taylor Swift cover.

Maybe the money is in original music. This fire track is "Straight Outta Carson."

But this Trump original is "Straight Outta Creepy."

What was once so pure is now borderline perverted.