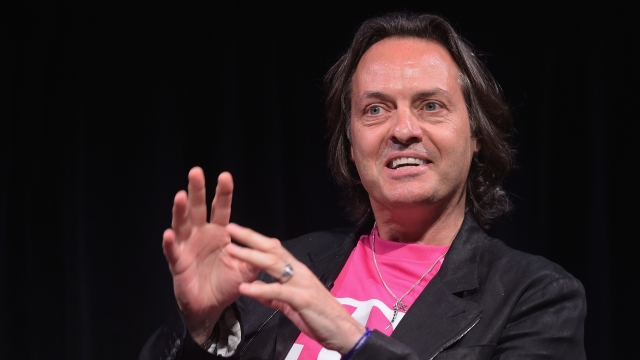 SMS
T-Mobile Faces (More) Accusations It's Violating Net Neutrality
By Ben Lawson
By Ben Lawson
January 30, 2016
A Stanford professor says T-Mobile's Binge On feature is violating net neutrality, but the Federal Communications Commission has yet to weigh in.
SHOW TRANSCRIPT

This time, the accusation comes from a paper drafted by a Stanford University professor. One of the key arguments the paper presents is that Binge On harms competition by favoring T-Mobile's partners over other companies. (Video via T-Mobile)

With Binge On, T-Mobile lets users stream videos from certain services without eating into data plans. (Video via T-Mobile)

The paper claims that since T-Mobile partnered with services like Netflix and Amazon Prime, other smaller video providers are at a disadvantage.

This led to T-Mobile CEO John Legere putting out a video arguing that Binge On isn't a net neutrality violation since any company can sign up for it.

"Anyone can join and have their content streamed free if they have the technical capability," Legere said.

However, the Stanford paper argues that Binge On's "substantial" technical requirements are a significant barrier to entry for some companies.

In December, FCC chairman Tom Wheeler said the agency was looking into Binge On and similar services from other companies, but the group hasn't announced if any action is warranted.