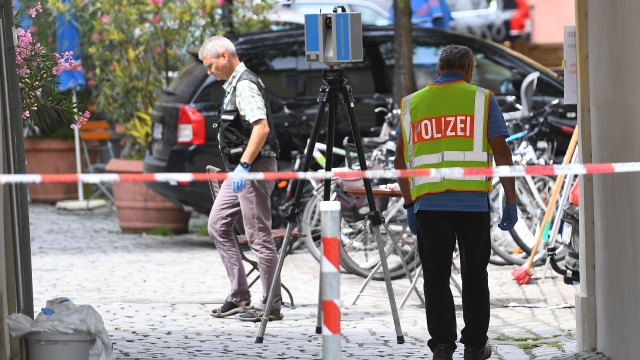 The man reportedly tried to get into a music festival in Ansbach but was turned away for not having a ticket. The bomb exploded near the entrance. Roughly 2,500 people were evacuated from the venue.

According to The Wall Street Journal, the attack seems to be Germany's first suicide bombing in years. The attacker's motivations and possible connections were not immediately clear.

He was denied asylum in Germany about a year ago but allowed to stay temporarily because of the conflict in Syria. He'd been given accommodations in Ansbach but was facing deportation to Bulgaria.

The attacker is said to have spent time in a psychiatric clinic in the past and had attempted suicide at least two other times. Three of the 12 victims were seriously injured by the blast.

Germany has been hit by several possible terrorist attacks over the past week, including attacks on a train near Würzburg and at a mall in Munich.

This video includes clips from BBC, The Telegraph and RT and images from Getty Images.