Switzerland Extradites First FIFA Official To The US 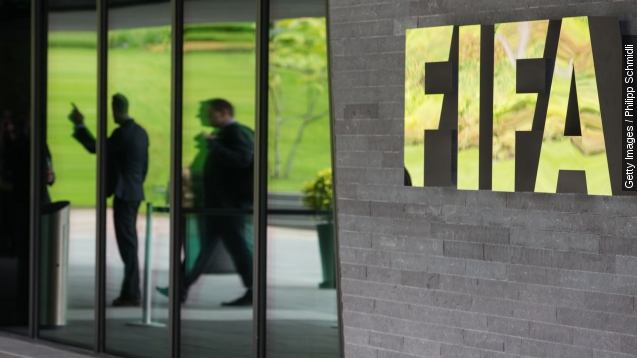 SMS
Switzerland Extradites First FIFA Official To The US
By Matt Moreno
By Matt Moreno
July 16, 2015
Swiss authorities say an unidentified FIFA official, one of seven arrested in May, has been extradited to the U.S.
SHOW TRANSCRIPT

The first of seven FIFA officials has been extradited to the U.S. to face corruption charges.

The official was escorted from Zurich, Switzerland to New York by a three-man U.S. police escort on Wednesday according to the Swiss government.

While the government didn't officially identify the man, both the BBC and Sky News report it's likely former president of CONCACAF Jeffrey Webb. (Video via SPOX)

Webb is accused of accepting millions of dollars in bribes in exchange for marketing rights.

The U.S. Department of Justice ordered the arrest of the seven FIFA officials back in May.

Reports indicated last week that Webb had agreed to be extradited to the U.S. The six other FIFA officials arrested with him are still fighting extradition from Switzerland.