Suspect Accused Of Killing 5 Says Drugs Made Him A 'Monster' 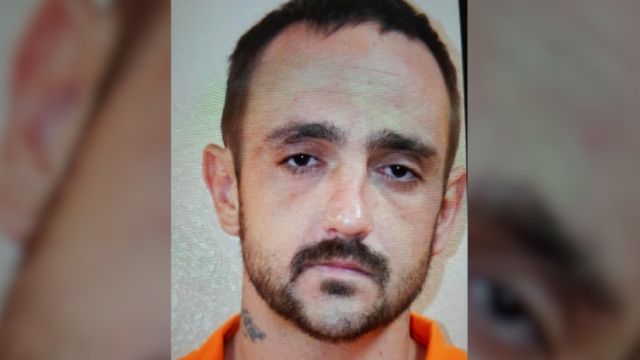 SMS
Suspect Accused Of Killing 5 Says Drugs Made Him A 'Monster'
By Katie Link
By Katie Link
August 23, 2016
Derrick Dearman told reporters he was high at the time of the attack and couldn't remember what happened.
SHOW TRANSCRIPT

The man who authorities say killed five people, including a pregnant woman, in southern Alabama over the weekend told reporters his actions were caused by drugs.

After being questioned by police, 27-year-old Derrick Dearman told the media, "Drugs make people monsters." According to WALA, he continued, saying, "I was high. I barely remember anything."

Early Saturday morning, police in Citronelle, Alabama, received reports of a person walking around a home. Authorities checked it out and determined nothing was out of the ordinary.

Police believe Dearman returned to the home later that day and killed five people with "firearms and several other weapons."

Authorities described the scene as "gruesome." Mobile County District Attorney Ashley Rich told WKRG that in her years as a prosecutor she had "never seen a scene where there were five people that were brutally and viciously murdered."

According to authorities, Dearman's 24-year-old girlfriend and a 3-month-old baby survived the attack but were kidnapped by the suspect.

Dearman reportedly drove with them from the home in Alabama to the Mississippi state line, where he freed the two and surrendered to police Saturday afternoon.

He now faces six counts of capital murder and two counts of kidnapping.

The Mobile County sheriff's captain told WALA, "I'll just sum it up to say that I wish all of our cases were this solid."