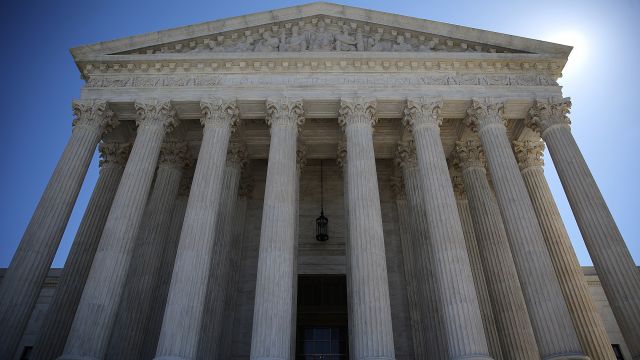 By Katie Link
April 4, 2016
The Supreme Court ruled against the proposed "one voter, one vote" method of drawing up state legislative districts.
SHOW TRANSCRIPT

On Monday, all eight members of the Supreme Court agreed legislative districts in each state should continue to be based on population rather than the number of eligible voters.

The case, Evenwel v. Abbott, challenged the constitutionality of a legislative practice, which has been in place since the '60s. It's called "one person, one vote," and it simply means voting districts are drawn up based on the total number of people in them.

Their proposed solution? "One voter, one vote": Draw up districts based on eligible voters rather than total population in order to even the playing field.

And as Justice Ruth Bader Ginsburg wrote in the court's decision, "Representatives serve all residents, not just those eligible to vote."