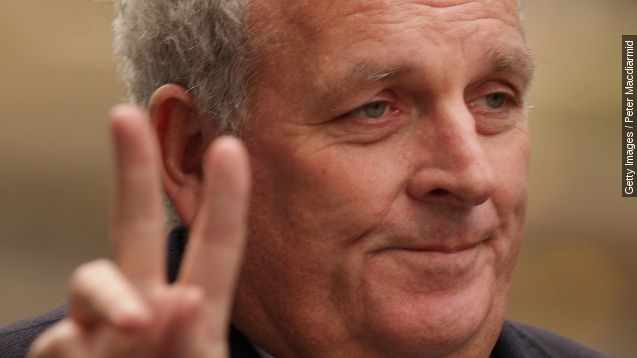 SMS
Sun Columnist Says White People Shouldn't Be Searched At Airports
By Briana Koeneman
By Briana Koeneman
January 4, 2016
Kelvin MacKenzie used his regular column for The Sun to express his indignation that he, a 69-year-old white man, was searched by airport security.
SHOW TRANSCRIPT

A columnist and former editor for The Sun is in hot water after claiming white men shouldn't be searched at airports because they're "not the terrorists."

Kelvin MacKenzie slammed security personnel at a Dubai airport in his most recent column, writing, "Stopping law-abiding, non-violent white people at airports is a waste of time and an insult to everybody's intelligence."

He argued if a security guard had taken "a quick glance" at the photo of him on his Sun column page, which clearly shows his race and age, it would have been obvious he "was not going to be a terrorist." (Video via BBC)

He also claimed, "If a bomb is to be smuggled on to a plane it will be carried on by a Muslim from the Middle East or Africa."

Since then, MacKenzie has gotten a lot of backlash over his comments.

The director of the Tell MAMA campaign, which records anti-Muslim attacks, told The Huffington Post: "Maybe Kelvin MacKenzie has missed the fact that terrorists can also be white. ... The suggestion that white people have not been involved in terrorism racialises the issue when there are cases of individuals involved."

MacKenzie, who was known as one of The Sun's most controversial editors back in the 1980s, has yet to respond to those comments.