More And More People Are Attempting Suicide In This Syrian Town 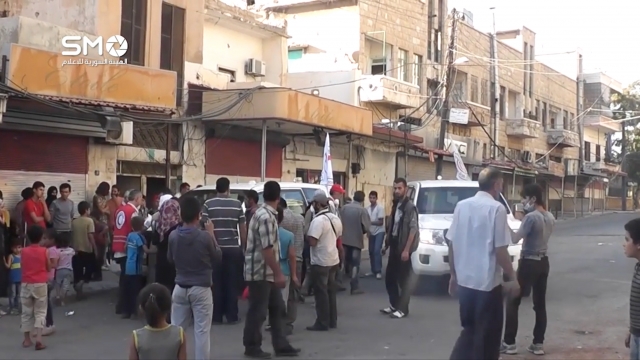 SMS
More And More People Are Attempting Suicide In This Syrian Town
By Melissa Prax
By Melissa Prax
September 8, 2016
Madaya, Syria, has been under siege since 2015, and a human rights group says suicide attempts there have risen recently.
SHOW TRANSCRIPT

Madaya, Syria, is still under siege. And a human rights group says more young people there are trying to kill themselves.

Before that, Save the Children says there were few suicide attempts. But in the past two months, the groups says there have been at least 13 attempts among young adults and teenagers.

But suicides aren't the only humanitarian concern. For months, there's been little, if any, access to necessities and medicine, and it's taking a psychological toll on the people there.

More cases of severe depression and paranoia are being reported.

And without food, some residents were said to be eating grass and leaves to survive last year.

Aid organizations have tried to bring in necessities, but at times, it's been months between deliveries.

In May, UNICEF said the number of undernourished kids was improving, but for those with liver failure and other potentially fatal diseases, there's little help available.