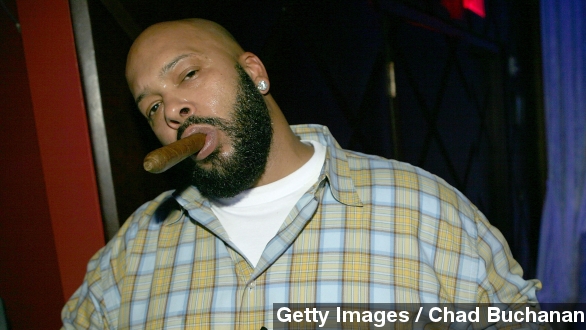 On Thursday, a lawyer for former Death Row Records CEO Suge Knight confirmed his client was driving a car involved in a fatal hit-and-run.

And by Friday, Knight was arrested by police on murder charges. TMZ reports his bail is currently set at $2 million.

"We're told one of the critical factors is witnesses claim Suge threw his car in reverse once, and then a second time ... and they believe he intended to hit one of the people with whom he was fighting."

However, according to KABC, Knight says he tried to escape in his car after he was allegedly "attacked by two people." It was during his escape that he hit two pedestrians. Both were taken to the hospital and one was later pronounced dead.

Hollywood Life reports Knight was on the set of a film being shot in Compton when he got into a fight with two crew members. The outlet says there was a passenger in Knight's vehicle who is now being questioned.

This latest incident comes about six months after Knight was shot six times at a night club ahead of the MTV Video Music Awards.

Earlier reports indicated Knight would turn himself in — and he did at least meet with authorities. It was after an interview with the Los Angeles County Sheriff's Department that he was arrested. Authorities are investigating the incident as a homicide. (Video via KCBS)