Subway Struggles To Keep Up With Fast-Casual Competition 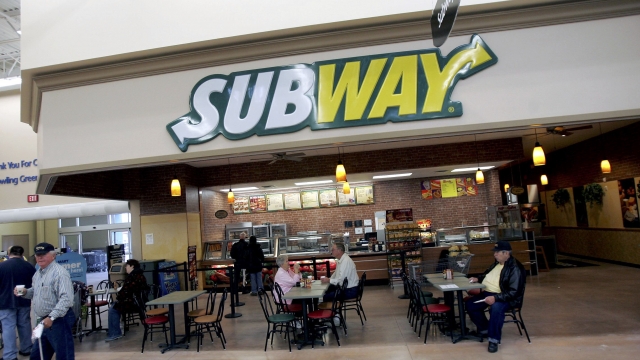 SMS
Subway Struggles To Keep Up With Fast-Casual Competition
By Ben Lawson
By Ben Lawson
May 4, 2016
Subway's revenue has taken a hit for the second year in a row.
SHOW TRANSCRIPT

Subway's revenue dipped for a second straight year in 2015, signaling the sandwich chain might be starting to feel the pressure from fast-casual restaurants.

While the eatery opened 911 new stores in 2015, it closed 877. So it only added 34 stores. The company says opening new stores is currently on the back burner as it focuses on making the ones it has more profitable.

Analysts for Bloomberg blamed Subway's hardships on the rise of fast-casual dining options like Panera Bread.

On top of that, the company found itself in the middle of a public relations nightmare last year after longtime Subway spokesman Jared Fogle pleaded guilty to child pornography charges and was sentenced to 15 years in prison.

This video includes clips from Subway, Panera Bread and WRTV, and images from Getty Images.