Study Says Droughts In The Southwest Could Become More Frequent 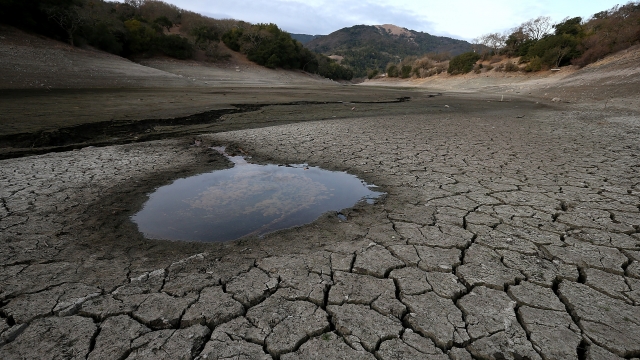 A federally funded study published Thursday argues the Southwest is moving into a drier climate, where droughts will be more frequent.

Researchers at the National Center for Atmospheric Research took data from 1979 to 2014 and identified broad storm patterns linked to wet weather. They noted the three patterns most connected to precipitation have become increasingly rare.

The leader of the study said in a press release: "A normal year in the Southwest is now drier than it once was. If you have a drought nowadays, it will be more severe because our base state is drier." (Video via CNN)

But 35 years of data may not be enough time to consider the shift to drier climates abnormal.

California, which is in the middle of a drought, is a good example. Scientists told The New York Times last April if you look at California's history, the state had droughts that lasted not just years but decades. In at least two cases during the last 1,200 years, droughts have lasted roughly two centuries. (Video via CBS)

One researcher told The New York Times: "We consider the last 150 years or so to be normal. But you don’t have to go back very far at all to find much drier decades, and much drier centuries."

What could be worse for California may not be future dry-periods but that it developed its water infrastructure during an abnormally wet period from the mid-1970s to late 1990s when the state's population roughly doubled.

The National Center for Atmospheric Research's study supports other predictions of a drier climate in the Southwest. The authors said they hope their work will help water be conserved and dispersed strategically.