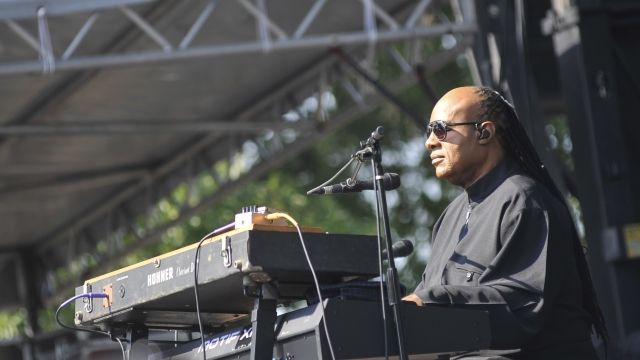 During his performance at a Get Out the Vote concert for Hillary Clinton on Sunday, musician Stevie Wonder said voting for Republican Donald Trump is like asking a blind man to drive.

"If you had an emergency and you had to go to the hospital, and you had to get there right away, I know you might love me, but would you want me driving your car? You wouldn't want me driving the car, right? OK, cause we in a country that we need a leader that can handle the business of our world, and that's Hillary Clinton," Wonder said at a Clinton rally in Florida.

In an interview with Philly.com, Wonder explained, "Hillary is an experienced person of the government, and she has spent 30 years with a commitment. Not to mention that her parents taught her in a kinder way, to have respect and love for all people. That’s the person I want to govern, to be the leader of this nation."

Some of Trump's success is tied to him being a political outsider with a business background.

Clinton and Trump have been in a heated battle for the White House, with polls showing a tight race leading up to Election Day.