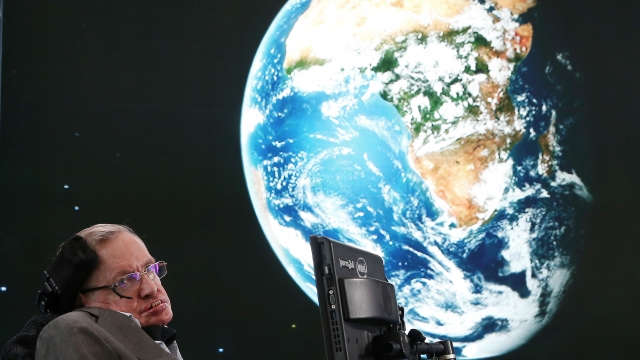 One of the world's most famous scientists, Stephen Hawking, says our planet has an expiration date. Don't freak out too much, though. It's probably not going to affect you.

Hawking said in a lecture at Oxford University he doubts humanity will last for another 1,000 years — unless we can move on and inhabit Mars or another planet.

The famed physicist said dwindling resources on our big blue planet mean we humans will eventually have to find another home.

Fortunately, NASA's been scanning the stars for a suitable replacement planet, and it's found a few thousand potential candidates beyond our solar system.

But until we have the technology to get people out that far, we'll have to settle for our nearest not-quite-habitable neighbor, Mars. SpaceX founder Elon Musk hopes humans will arrive on the red planet by 2025.