STD Rates In The US Are The Highest They've Ever Been 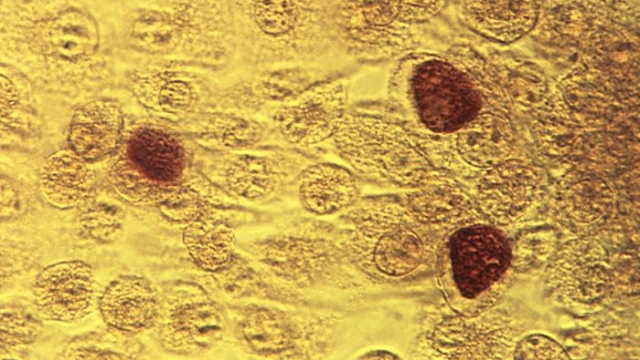 SMS
STD Rates In The US Are The Highest They've Ever Been
By Briana Koeneman
By Briana Koeneman
October 20, 2016
Three of the most common STDs — chlamydia, gonorrhea and syphilis — saw significant increases for the second year in a row.
SHOW TRANSCRIPT

The U.S. recorded the most cases of sexually transmitted diseases ever for a single year.

According to a new report from the Centers for Disease Control and Prevention, three of the most common STDs saw significant increases for the second year in a row.

In 2015, there were more than 1.5 million reported cases of chlamydia. That's a nearly 6 percent rise from the year before.

Nearly 400,000 gonorrhea cases were reported last year, which adds up to an almost 13 percent increase from 2014.

And doctors saw close to 24,000 recorded cases of syphilis — a whopping 19 percent rise from the prior year.

The U.S. has an estimated 20 million new STDs each year, and half of those cases occur in people between the ages of 15 and 24 years old.

The findings are troubling considering that gonorrhea and syphilis cases were at historic lows just several years ago. The CDC says budget cuts to health programs and fewer people using condoms are to blame.