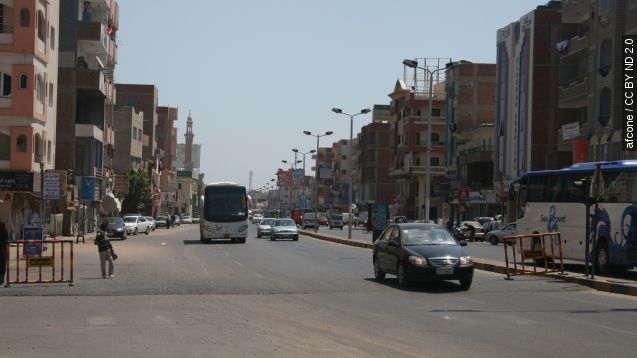 SMS
Stabbings, Violence Have Financially Scarred Egypt's Tourism Industry
By Melissa Prax
By Melissa Prax
January 9, 2016
The recent stabbing of European tourists in Egypt is the latest incident that could hurt the bottom line of the country's massive tourism industry.
SHOW TRANSCRIPT

Three European tourists are recovering from injuries after they were stabbed in one of Egypt's coastal resort towns.

This could be another blow to Egypt's tourism industry at a time the economy is reeling from a financial crisis and political reform. (Video via National Geographic)

The value of the country's currency is down, and with various bailouts in the past, rising debt might be hard to pay, straining the economy. (Video via CCTV)

Many of Egypt's iconic tourism spots could be hurting financially, like the Great Pyramid of Giza, one of the seven wonders of the world. Those destinations might not have the funds to keep employees paid.

In December, Egyptian banks tried to help by lengthening loan due dates by six months for investors who stalled on repaying their debt. Still, some worry that won't be enough.

The Sinai plane crash in October left the coastal town of Sharm el-Sheikh nearly vacated the following month. Airlines from both Britain and Russia halted flights to the classic Egyptian destination. (Video via RT)

And in September, government forces accidentally killed eight Mexican tourists and injured several others, who they believed were terrorists.

During a 2014 interview, the Egyptian antiquities minister said tourism revenues have fallen 95 percent since the 2011 Egyptian Revolution.

This video includes images from Getty Images and Joonas Plaan / CC BY 2.0.