SpaceX Is Getting Serious About Going To Mars 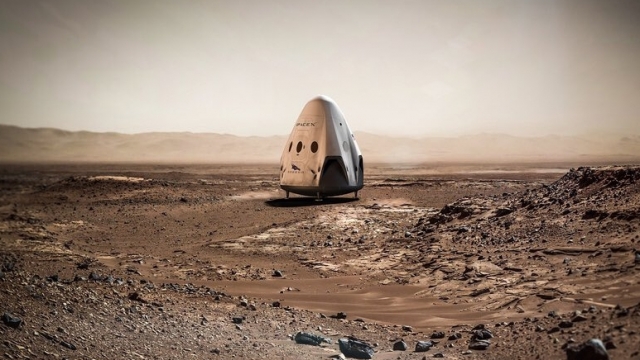 SMS
SpaceX Is Getting Serious About Going To Mars

By Ben Lawson
April 28, 2016
SpaceX wants to send its Dragon capsule to Mars as soon as 2018.
SHOW TRANSCRIPT

SpaceX says it wants to send a probe to Mars as soon as 2018.

The company made the announcement on Twitter without many other details. NASA confirmed it's partnering with SpaceX on the project but is only providing technical support and won't be putting any money into the effort.

The news was met with a fair bit of skepticism. For one, a 2018 launch is a pretty tight timetable.

SpaceX says it plans to send its Dragon 2 capsule, which uses a propulsion system to slow its descent to the ground and land in a controlled way.

The company's Falcon 9 rocket uses the same propulsion system, but it's untested on the Dragon capsule.

SpaceX founder Elon Musk has never been shy about his company's ambitions to travel to Mars and eventually start a colony there.

Getting humans to the red planet is likely a long way off. NASA says it won't happen until the 2030s.

Even sending unmanned craft to Mars has been difficult. The Washington Post reports that of the 43 missions to the planet, including fly-bys, only 18 have been successful.

This video includes clips from SpaceX and NASA and images from Twitter / @SpaceX.