SpaceX's Dream Of Reusable Rockets Is Becoming A Reality 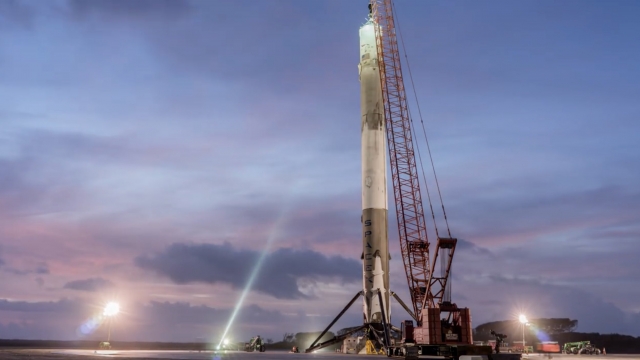 SMS
SpaceX's Dream Of Reusable Rockets Is Becoming A Reality
By Ryan Biek
By Ryan Biek
August 30, 2016
Satellite operator SES plans to reuse a SpaceX rocket in a mission this fall.
SHOW TRANSCRIPT

It's a new frontier for space –– commercially, at least.

SpaceX has its first customer to reuse one of its rockets: Luxembourg-based satellite operator SES.

SES is slated to send one of its telecommunications satellites into orbit this fall, using a Falcon 9 rocket from SpaceX that helped take cargo to the International Space Station earlier this year.

SEE MORE: SpaceX And Boeing Are Officially Setting Up Shop On The ISS

Traditionally, rockets have been considered one-and-done sunk costs. But SpaceX has had reusable rockets on its mind since 2008.

Last December, SpaceX landed its first rocket on land. This April, it accomplished the same feat at sea. That second rocket will be the craft SES uses in the historic relaunch.

By developing a full fleet of reusable rockets, SpaceX estimates it will eventually cut launch costs by 30 percent.

Savings like that could help SES gain the upper hand in emerging markets like Africa and Southeast Asia, which require bigger, more expensive satellites.

The satellite SES aims to put into orbit this fall will be the company's first dedicated to Latin America.