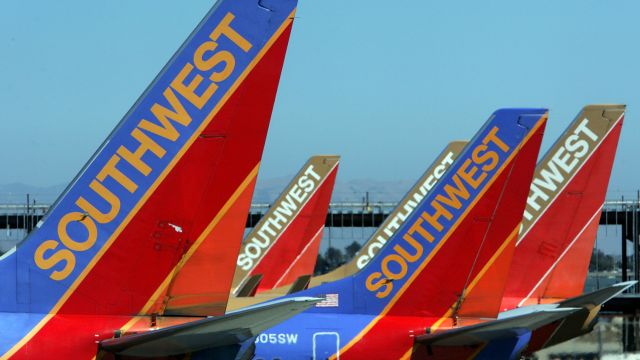 The travel season is approaching and airlines are jockeying to pack flights full of vacationers. To that end, Southwest Airlines is having a bit of a fire sale.

The airline has dramatically slashed its rates on certain routes; until the sale ends on Thursday, it's possible to pick up one-way flights for $49 along certain domestic routes.

International travel isn't quite as cheap, but you can still find flights out of the country for around $130. Those flights are mostly only available on Tuesdays and Wednesdays, but cheap flights to U.S. territories like San Juan and Puerto Rico are open Monday through Thursday.

This comes on top of abnormally low fare rates thanks to rock-bottom fuel costs. The airfare prediction app Hopper reports flight prices are down 20 percent from where they were two years ago.

Semi-regular sales like these help give Southwest a competitive edge against other big U.S. carriers. It's a fair bet that United, Delta and American will drop some of their fare prices sometime soon in response.

But unlike previous sales, the cheap domestic flights only apply to flights on Tuesdays, Wednesdays and Saturdays. Those are typically the days of the week with the lightest travel rates, so it makes sense for Southwest to try to drum up some extra business on those days.

The fire sale covers flights from Aug. 23 through Dec. 14. Southwest has a full list of destinations and prices available on its website.

This video includes images from Getty Images and clips from Southwest Airlines.