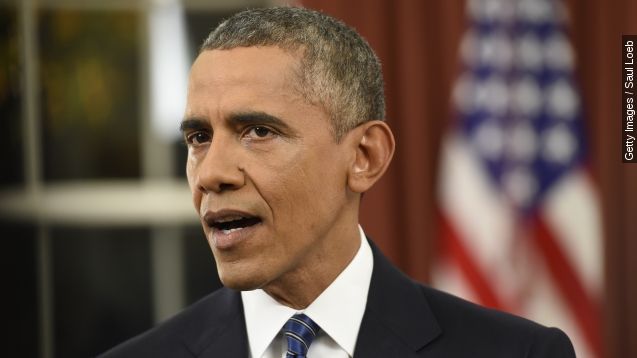 It's President Obama's final State of the Union address.

Instead of directing Americans' attention to upcoming policies and bills, Obama will likely take a different approach.

An improving job market will probably be a big focus. The national unemployment rate is down to 5 percent, half of what it was in Oct. 2009, shortly after he took office.

"If I were the president, I would focus on jobs like a laser beam," Moody's Analytics Chief Economist Mark Zandi told Time.

"Different Al-Qaeda affiliates and extremist groups have emerged. ... The threat these groups pose is evolving," Obama said during his 2013 State of the Union address.

Terrorism seems to make it into nearly every president's State of the Union, and this year will be no different.

With threats from ISIS in Syria and Iraq, terrorism will be high on Obama's list of topics.

Instead, the president will likely urge Americans to stay the course and vote Democrat in the upcoming November elections. (Videos via Bernie 2016, Hillary for President)