Sorry, Your Dog Doesn't Want To Be Hugged 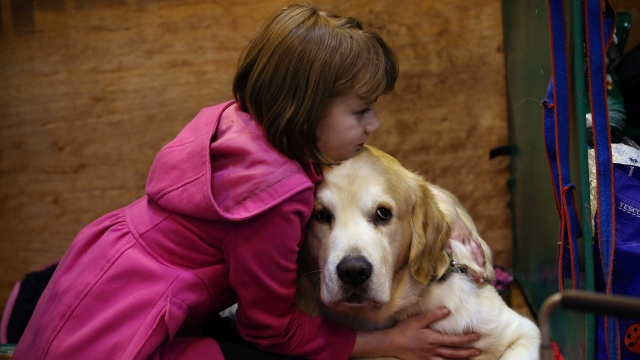 SMS
Sorry, Your Dog Doesn't Want To Be Hugged
By Ben Lawson
By Ben Lawson
April 27, 2016
Hugging your dog might stress it out, one researcher says.
SHOW TRANSCRIPT

Hugging your dog might not be as comforting for your pet as it is for you.

It turns out hugging likely stresses out your dog. A behavioral psychologist examined photos pet owners posted online of themselves hugging their dogs and found about 80 percent of those dogs showed signs of stress.

Dogs don't always bear their teeth when stressed. The researcher says there are also subtle signs like the dog looking away, showing "half-moon" eyes, lowering the ears, licking its lips or yawning.

The psychologist suggests dogs don't like being hugged because running away is their first line of defense in most situations, which is pretty hard to do if you're being smothered by a pair of human arms.

The researcher who examined the photos also warned hugging your dog increases the risk it will feel threatened and bite.

So it might be a good idea to just pet your dog. Yes, just like that. Good boy!

This video includes images from Justin Taylor / CC BY 2.0 and Getty Images.