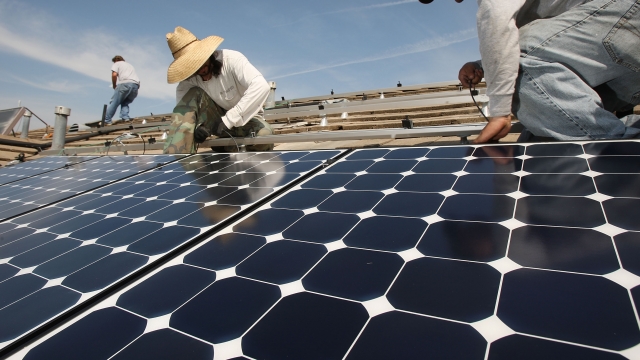 You might have caught the news: Tesla Motors and Solar City are expected to merge. Tesla CEO Elon Musk hopes it will help usher in a new era of affordable solar energy — but the change isn't happening anytime soon.

Never mind the hefty losses both companies incurred last year. It's not about the companies themselves. It's about relatively new technology. On average, solar is still not a good financial prospect for consumers.

This is partly a matter of scale. The U.S. generates two-thirds of its electricity from coal and natural gas. Solar accounts for 0.6 percent.

Numbers from the Energy Information Administration show fossil fuels have historically been cheaper than solar.

And even with a few years to mature and the help of federal subsidies, the EIA expects solar still won't catch up.

SEE MORE: "Is Solar Power Worth It?"

Federal tax credits can reimburse as much as 30 percent of a solar installation's cost, but those discounts are declining and will eventually be discontinued in 2021.

Still, solar is scheduled to lead the U.S.' new energy installations in 2016, and up-front costs have fallen 50 percent in just five years. Maybe Musk is just ahead of his time.