Sorry, Florida. Yale Thinks The Ivy Is Just Fine Where It Is 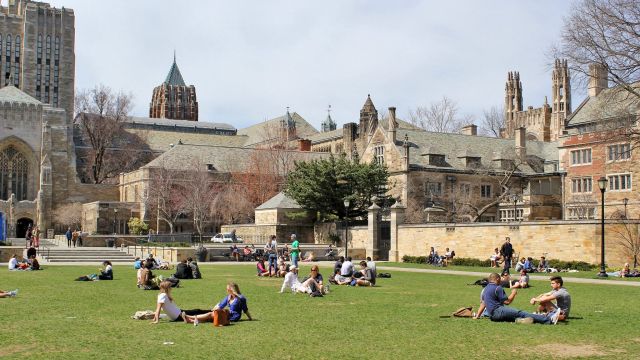 SMS
Sorry, Florida. Yale Thinks The Ivy Is Just Fine Where It Is
By Katie Link
By Katie Link
March 30, 2016
Despite the governor's promise to keep taxes low, the Ivy League school declined the offer to relocate.
SHOW TRANSCRIPT

Given the chance, most of us would jump at the offer to relocate to Florida. Yale University isn't most of us.

On Tuesday, Gov. Rick Scott formally invited "one of the nation's most renowned universities" to pick up and move to the Sunshine State.

The offer comes as Yale faces a proposed 7 percent tax on investment profits made by the university's endowment — a number that comes out to be $78 million. Scott says he'd keep taxes at bay.

The Ivy League school politely said, "Thanks, but no thanks." According to the Orlando Sentinel, a Yale spokesman wrote an email, saying, "It's wonderful to be recognized as an outstanding asset, but Yale, New Haven and Connecticut have been on common ground to great mutual benefit for 300 years."

Three hundred years ago, Florida wasn't even on the map in the U.S. So tradition is tradition, fair enough.

Scott has tried his hand at recruiting before. He recently tried to lure General Electric, Aetna and Travelers to move south with the same promise of low taxes.

As for his response to Yale's snub? The Orlando Sentinel said he was "perplexed."