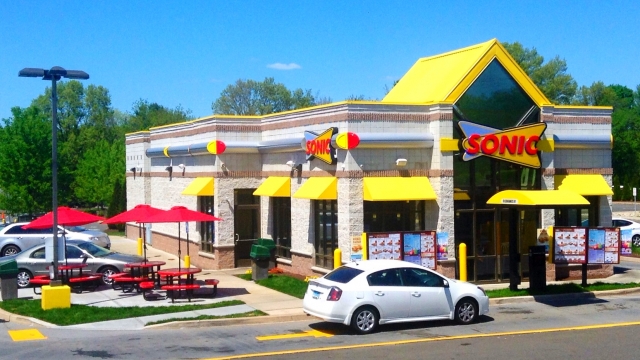 SMS
Sonic's CEO Says If Minimum Wages Rise, Menu Prices Might, Too
By Ryan Biek
By Ryan Biek
March 31, 2016
The fast-food corporation's leader said he'll increase prices to offset any rise in the minimum wage so his restaurants can still make a profit.
SHOW TRANSCRIPT

As protesters across the country call for higher minimum wages, Sonic's CEO says customers should be ready to pay more if workers get their way.

The fast-food corporation's leader Clifford Hudson said in a company conference call this week if minimum wages are raised, price hikes will be necessary to keep the restaurants profitable.

There's been a fear raising the minimum wage will lead to fewer jobs. However, if wages do get a bump, Hudson said he doesn't expect a drop in workers at his restaurants.

His comments feed into a another, broader argument, though: that prices across industries will rise and actually take away from the purchasing power of workers who earn a higher minimum wage.

Sonic's 3,000-plus restaurants employ many low-wage workers, so if Hudson's views are anything to go by, they could be pretty telling for what could happen in the fast-food industry if minimum wages rise.

This video includes clips from Sonic and CNBC, and images from Getty Images.