Someone Destroyed Donald Trump's Hollywood Star With A Sledgehammer 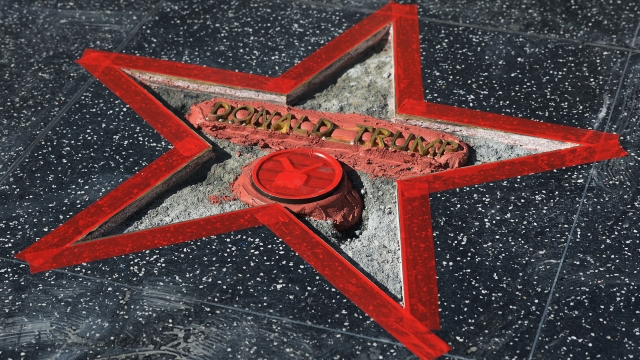 Donald Trump's star on the Hollywood Walk of Fame was smashed early Wednesday.

A man dressed as a construction worker took a sledgehammer to the star around 5:45 a.m. in Los Angeles.

According to Deadline, which first reported the story, the man intended to remove the star in one piece.

His goal was to auction it off and donate the funds to the women accusing Trump of sexual misconduct.

The star ended up breaking into pieces.

Crews cordoned off the star later in the morning as people stopped to take photos. The Hollywood Chamber of Commerce, which runs the Walk of Fame, said the star will be fully repaired within the next several days.

Police are investigating the incident as felony vandalism. The Los Angeles Times reports the damage is believed to cost $2,500.

The star has been defaced a couple of times during the course of Trump's presidential campaign.

Trump was honored with the star in 2007 for starring in NBC's "The Apprentice."