Some Trees Might Slow Climate Change Better Than Others 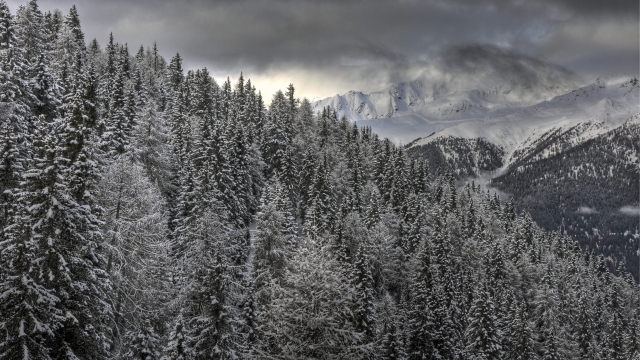 SMS
Some Trees Might Slow Climate Change Better Than Others
By Ethan Weston
By Ethan Weston
February 6, 2016
New research suggests that simply planting more trees might not be the best way to fight global warming.
SHOW TRANSCRIPT

Planting trees to help fight climate-change works, right? Well, according to a new study that's not always the case.

It turns out that conifer trees, like evergreens, may actually cause temperature increases where they've taken root in place of broad-leafed trees.

For example, look at Europe where the study was focused. Once upon a time, its forests were largely leafy deciduous trees. Now, a majority of Europe's trees are managed by humans, and we've been planting trees like pines and spruces because they grow faster.

But by replacing older forests with ones that are newer and faster-growing, Europe has gone into "carbon debt." Harvesting those older trees and replacing them with conifers has released 3.1 billion metric tons of carbon.

Researchers say this change caused a temperature increase equal to 6 percent of warming attributed to fossil fuels. Which may not sound like much, but small changes in temperature can ripple out to larger changes in the environment.

It's not just about the carbon that's released, though. Conifer trees are darker and absorb more solar radiation. When less of that radiation is reflected into space, the planet can heat up.

Some countries are already planting trees to help combat climate change. China, for instance, has been planting a "green wall" in the Gobi Desert, a project that would eventually include over a million square miles of trees. (Video via American History of Natural History)

And in 2014, the U.N. established the New York Declaration on Forests to restore deforested land.

But the study warns that those types of plans risk failure if countries don't consider the type of trees used or the forestry management techniques used to maintain them.