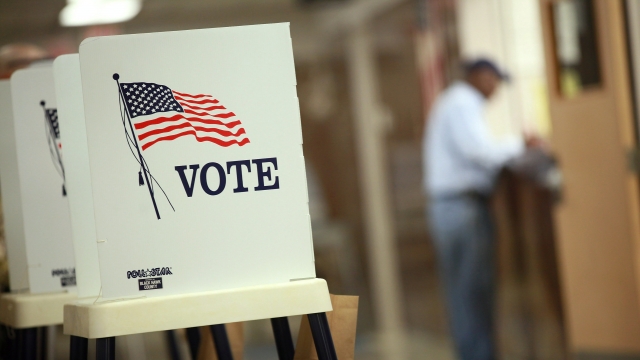 Everyone knows when you turn 18 years old in the U.S., you can vote. Apparently, it's not so simple.

A group of 17-year-olds in Ohio filed a lawsuit Tuesday against Secretary of State Jon Husted claiming he is denying their right to vote in the March 15 primary.

The Ohio Revised Code states that "every qualified elector" who will be 18 by the general election "shall be entitled to vote such ballot at the primary election."

But the most recent Ohio election manual, released by Husted, says 17-year-olds are allowed to nominate candidates, but not elect them. Under that interpretation, 17-year-olds are "not permitted to vote for presidential delegates, because delegates are elected and not nominated."

The election manual distinguishes between nominations and elections. Voters nominate "candidates for political parties to compete for particular offices," and elect "delegates and alternates to the conventions of political parties." Apparently, the state's 17-year-olds can be trusted to do the former, but not the latter.

The teens aren't the only ones fighting the Ohio Secretary of State. Democratic presidential candidate Sen. Bernie Sanders filed a lawsuit with them in federal court saying Ohio is one of more than 20 states with a Threshold Voter Law allowing 17-year-olds to vote in primary elections.

"It is an outrage that the secretary of state in Ohio is going out of his way to keep young people, significantly minority young people, African-American young people, Latino young people, from participating in the political process," Sanders told reporters.

Husted issued a statement Tuesday welcoming the lawsuit, saying, "We are following the same rules Ohio has operated under in past primaries, under both Democrat and Republican administrations."

But that's not exactly the case. In March 2008, The Marietta Times reported that 17-year-olds who would be 18 by November were allowed to vote in the presidential primary.