So You Heard Charleston Is Great, And Now You Want To Go 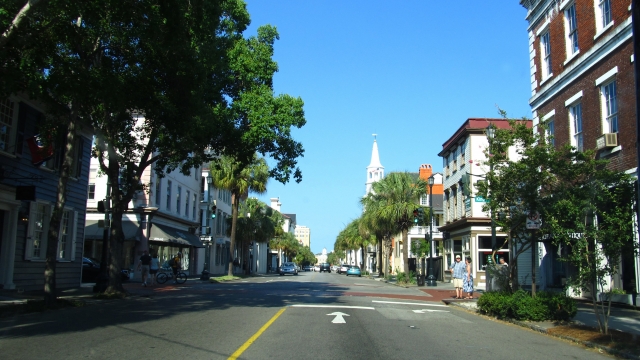 We bet you've heard just how great it is to visit Charleston, and now you want to go. Here's how to get the most out of your trip to the coastal South Carolina city.

There are plenty of hotels to choose from. Our favorite? The Restoration. It's a newly redone boutique hotel on King Street with a wonderful farm-to-table rooftop restaurant called The Watch.

If you're a lover of theater or opera, plan your trip around the Spoleto Festival — one of the country's premier performing arts festivals. Even if it's not your cup of tea, it's still fun to attend.

Work on your summer glow at Sullivan's Island, where you can pop into Poe's Tavern for one of the best hamburgers in the city.

Or head to Folly Beach, where you can paddleboard, kayak or rent a bike to ride along the beach.

But if you'd rather trade daylight for moonlight, and are into the spookier things in life, hit up a ghost tour with Bulldog tours.

In 2015, The Washington Post named Charleston one of the top 10 food cities in the country, and with good reason.

No trip to the South is complete without biscuits for breakfast. Try a cinnamon biscuit with some morning joe at Callie's Charleston Biscuits.

We know, it's hard to choose somewhere to eat. But we promise you won't go wrong if you eat at either The Ordinary or Edmund's Oast.

And finally, cap off the night with some pralines from River Street Sweets. Our fave? The chocolate bear claw.