Did The Paris Climate Agreement Forget About Something? 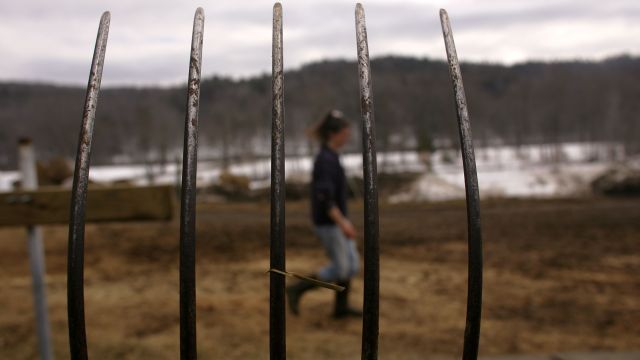 SMS
Did The Paris Climate Agreement Forget About Something?
By Lindsay Gloor
By Lindsay Gloor
November 29, 2016
New research suggests small farms can play a big part in the battle against climate change.
SHOW TRANSCRIPT

While the Paris climate agreement has been heralded as a landmark decision in the fight against climate change, new research suggests the deal left out one vital group.

The agricultural sector is responsible for nearly a quarter of global greenhouse gas emissions. But in 2014, only 4 percent of public financing to combat climate change was earmarked for farms.

And according to the Rural and Agricultural Finance Learning Lab, farmers who work with a single plot of land can make a big difference.

There are roughly 450 million of those farmers worldwide. Small farmers, often seen at local farmers markets, are expected to play a big role in meeting the world's food production needs.

But climate change will likely affect food security at the local, regional and even global level, according to the U.S. Environmental Protection Agency.

Climate change is also more likely to negatively affect small-farmers. With smaller fields, they have fewer crops to fall back on when times get tough.

The concentrated group could have a positive impact on climate change and food security. But the study says farmers need assistance, like government incentives and other financial help, to make it happen.