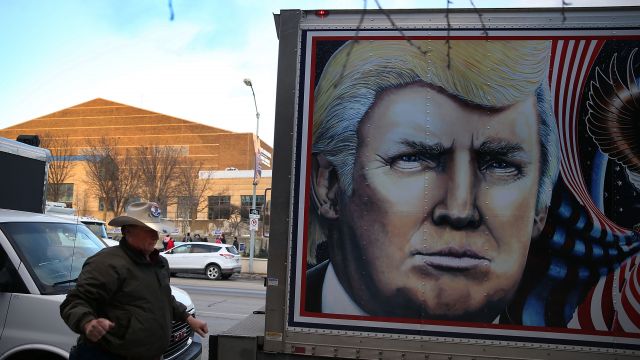 So, Trump dipped out of the Iowa GOP debate. Fox News called his move "near unprecedented." Here are some examples from the past.

Ronald Reagan, a paragon of conservative virtue, skipped the final Iowa debate in 1980. His campaign manager told him he was the front-runner, so he didn't have to show up.

He lost Iowa, and after that he quickly jumped back into the debate game.

Lyndon B. Johnson refused to debate his Republican rival, Barry Goldwater, in 1964 over concerns about voters making direct comparisons between the two.

George W. Bush skipped an early New Hampshire debate and town hall in 1999 for the 2000 election. Instead, he spent time in Iowa and with his family in Texas.

More recently, in 2007, Barack Obama, Hillary Clinton and John Edwards all boycotted a debate co-sponsored by Fox News. It ended up being canceled.

There are more than that, too, so skipping a debate isn't something completely new. Although ... Trump's Megyn Kelly-sized reason for passing on Fox's Iowa debate might be.