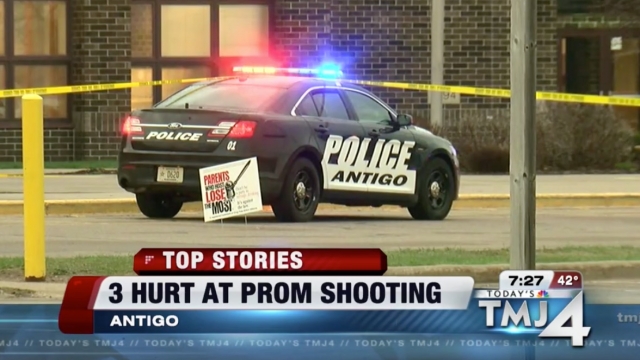 One person is dead and two are injured after a shooting outside of a Wisconsin high school prom late Saturday.

A witness said the suspect was wearing a dark shirt and camouflage pants when he opened fired with a rifle. Officers working the prom reportedly heard the gunshots and intervened.

"Obviously, these things are worrisome, but I think at this point everybody should be safe, feeling that things are under control and it is secure," Antigo Police Chief Eric Roller said.

Police say the suspect later died at a local hospital, but didn't release many more details, including whether the suspect is a student at the school.