Shake Shack Planning To Net Up To $80 Million In IPO 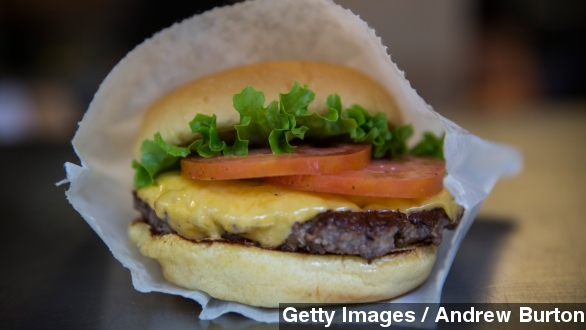 SMS
Shake Shack Planning To Net Up To $80 Million In IPO
By Jake Godin
By Jake Godin
January 20, 2015
New York City-based burger chain Shake Shack has revealed how much it plans to make in its latest SEC filing. The chain's estimate? Up to $80 million.
SHOW TRANSCRIPT

The New York City-based restaurant's latest filing with the Securities and Exchange Commission has revealed it's aiming its initial public offering somewhere around $14 to $16 per share. (Video via Shake Shack)

The IPO could net Shake Shack as much as $80 million for its 5 million shares, though the company is estimating it'll be somewhere closer to $69.8 million depending on how underwriters exercise their stock options. (Video via Shake Shack)

Originally starting out as a humble hot dog cart in 2001, Shake Shack has grown enough that it now operates 63 restaurants in all, including 27 international Shacks.

But the Shack is just the most recent IPO in the increasingly popular restaurant and grocery sector. (Video via Chipotle)

The Irvine, California-based Habit Burger Grill announced its own IPO last year and saw a huge surge in its stock price after it began trading.

Chipotle, which went public in 2006, has seen its stock price jump more than 1,500 percent. That's a lot of beans.

The New Yorker calls the rise of restaurant chain IPOs a story about "income distribution, changes in taste and advances in technology." (VIdeo via YouTube / phantomgourmet)

There's a lot of money to be had, too. According to market research firm Technomic, burger chains alone generated $72 billion within the U.S. in 2013. (Video via Frank's Kraut)

There's no word yet on when the company's IPO will happen, but it will be on the New York Stock Exchange and has J.P. Morgan and Morgan Stanley underwriting it.