'Sesame Street' Gets Gentrified For Its First Season On HBO 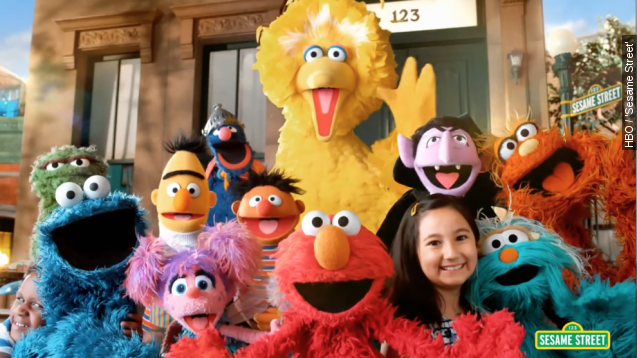 SMS
'Sesame Street' Gets Gentrified For Its First Season On HBO
By Cody LaGrow
By Cody LaGrow
January 12, 2016
The classic show has a new home and new ways to educate young viewers.
SHOW TRANSCRIPT

Times, they sure are a-changin' for "Sesame Street." The show is taking a new route to the same popular place.

"Sesame Street" moved from PBS to HBO after it signed a five-year deal for 35 shows per season. The shows will still air on PBS nine months after they premiere on HBO, but with the new home comes a shift for the educational kids show.

For starters, smart cookies will have less show to watch. "Sesame Street" will go from one hour to a punchier 30 minutes to captivate younger minds for a more realistic amount of time.

It is also said to have fewer celebrity cameos, but when it does, the purpose is to educate, like this absolutely astute approach at advising adolescents about alliteration with actress Tracee Ellis Ross.

The show has also noticed that it's hard out there on the streets. Executives have re-focused the children's program to promote kindness, using the puppets to propel the show with the important issues of 2016. The set is following suit.

"Sesame Street"'s set just got gentrified. Oscar the Grouch has ditched the trash can for a compost bin, Big Bird has a big treehouse, and there's even Wi-Fi and a community garden.

Those sunny days will sweep the clouds away when the show's 46th season kicks off Jan. 16 on HBO.