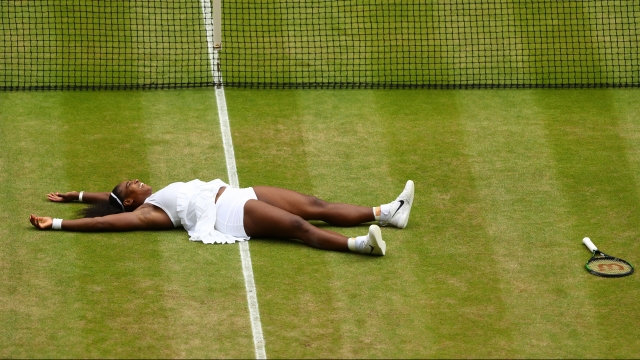 Serena Williams won the Wimbledon singles title Saturday and made tennis history in the process.

Williams' straight-sets victory over Angelique Kerber was her 22nd Grand Slam tournament win, tying her with Steffi Graf for the most in Open-era history.

The win is another notch in the belt for Williams' legacy, and when it's all said and done, it wouldn't be a big surprise if she were considered the best player ever to pick up a raquet.

And even though she's now 34, Serena isn't done yet. She'll be looking to break Graf's record when the U.S. Open gets underway in August.

This video includes clips from Gatorade and Beats by Dre and images from Getty Images. Music provided courtesy of APM Music.