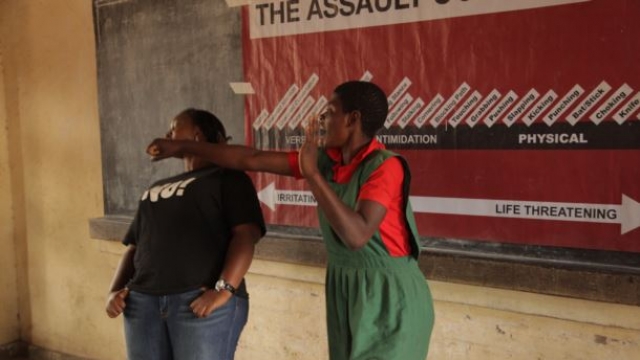 Girls and boys in Africa are fighting rape by learning to fend off attackers.

"He started touching my body. I told him to stop and that I will report him to police or my mother if he continues. After hearing this, he ordered me out of his room," a student in a self-defense class told Voice of America.

Organizers from the nonprofit Ujamaa have created a program in Malawi and Kenya that's reached 25,000 girls. The goal is to educate young people to fight back and report rapes, even though it breaks cultural norms in these countries. But Ujamaa wants that to change.

SEE MORE: How Clay Stoves Can Help The Environment In Places Like Malawi

UNICEF says one in five girls in Malawi are sexually assaulted before their 18th birthday.

And many of the abusers will walk away with no consequences.

But self-defense classes are estimated to prevent rape by up to 60 percent.

"By the end of the year, we would like to reduce the incidents of rape. We would also like to promote education by reducing early marriages, school drop-outs and also early pregnancies," a project coordinator said.

With more funding, Ujamaa organizers hope to expand the program.