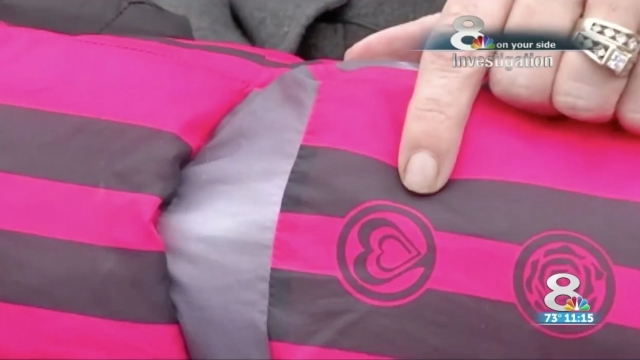 SMS
Secret Pedophile Symbol Found On Monster Truck Toys
By Lexie Hammesfahr
By Lexie Hammesfahr
March 11, 2016
When a mother bought a toy for her daughter at a monster truck rally, she was shocked to find out what a symbol on it meant.
SHOW TRANSCRIPT

Here's a symbol you should make sure never, ever appears on a young girl's toy.

The symbol, which was found on a pink truck toy from a monster truck rally, is a secret communication tool used by pedophiles.

According to the FBI, "those who distribute, produce and trade child pornography" use several symbols to secretly communicate gender preference, like "girl lover," "boy lover" and "child lover."

The company behind the monster truck rally, Feld Entertainment, says it didn't know what the symbol meant. WFLA reports the toy has since been pulled from shelves and that there's an investigation to find out how it got on the toys in the first place.

This video includes clips from WFLA.