Seattle Explosion Injures 9 Firefighters, Cause Is Under Investigation 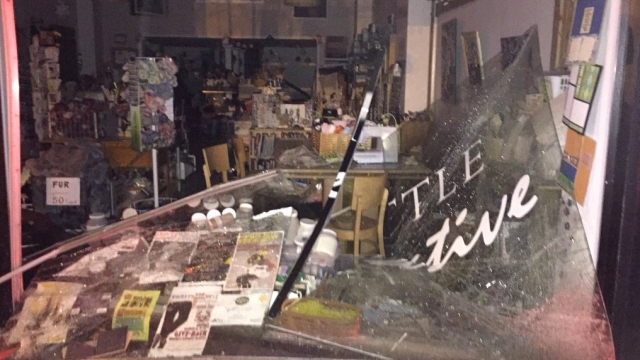 SMS
Seattle Explosion Injures 9 Firefighters, Cause Is Under Investigation
By Melissa Prax
By Melissa Prax
March 9, 2016
Nine firefighters were injured and multiple buildings destroyed in an explosion that's believed to have been caused by a gas leak.
SHOW TRANSCRIPT

Nine firefighters were injured and multiple buildings destroyed after a huge explosion in Seattle on Wednesday morning.

The cause of the blast is still under investigation, but there's speculation a gas leak the firefighters responded to about 40 minutes earlier could be to blame.

Dozens of emergency personnel rushed to the northern Greenwood neighborhood as nearby residents were evacuated.

"We could smell the gas before, and you could hear it hissing, but at that moment, I was thrown on the ground," a KOMO news photographer said.

This video includes clips from NWCN, KOMO and KCPQ and images from Twitter / @SeattleFire.