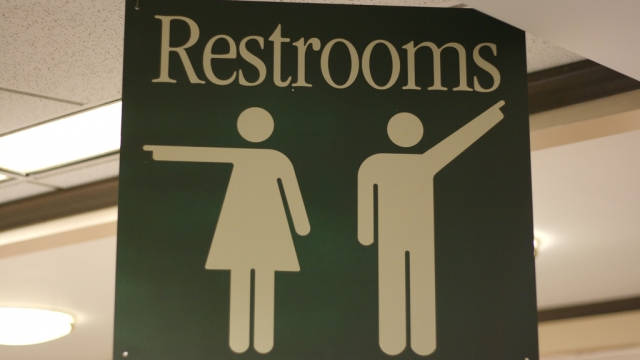 By Melissa Prax
February 17, 2016
South Dakota could pass a bill that would require transgender students to use a bathroom based on their biological sex.
SHOW TRANSCRIPT

A South Dakota bill could dictate transgender students' bathroom choice according to their biological sex rather than the gender they associate with.

It would be the first state to implement something like this. The bill will now be up to the governor to sign, after passing through the state Senate Tuesday.

Not everyone agrees with the legislature's decision.

The debate around which bathroom transgender people should use has been a controversial one. And South Dakota isn't the first state to introduce legislation on the issue.

In the last days of 2015, an Indiana bill proposed fining transgender people, including students, for using a bathroom or locker room that doesn't match the sex on their birth certificate.

So far, that bill hasn't gone through Indiana's House.

But some individual school districts have made the decision to allow transgender students to use the bathroom they feel most comfortable with.

Others suggest to simply implement gender-neutral bathrooms, a step some schools have already taken.

This video includes clips from Kentucky Educational Television and images from Marcin Wichary / CC BY 2.0, Jake DeGroot / CC BY SA 3.0, Charles Edward / CC BY SA 3.0 and sylvar / CC BY 2.0.