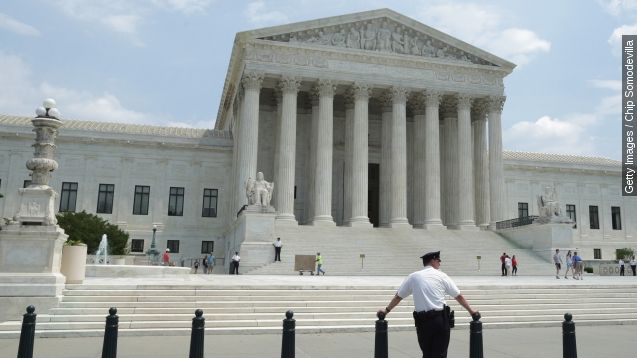 The justices ruled 8-1 to strike down the state's death penalty, which had some rare provisions.

"As to Count 2, the first-degree premeditated murder of Jeffrey Kocab, the court imposes a sentence of death," Judge William Fuente said in Dontae Morris' murder trial in May 2014.

Unlike most states, Florida's laws gave judges the power to impose the death penalty instead of jurors. Jurors could recommend a death sentence, but it was simply considered advisory.

In the ruling, Justice Sonia Sotomayor wrote: "The Sixth Amendment requires a jury, not a judge, to find each fact necessary to impose a sentence of death. A jury's mere recommendation is not enough."

Florida law also said a jury isn't required to be unanimous in recommending death. It was one of only three death penalty states without the requirement.

The Supreme Court heard arguments over the case in October. At the time, a branch of Harvard Law School released statistics showing if Florida had required jurors to be unanimous, 70 percent of death sentences since 2010 wouldn't have happened.

The justices sided with Timothy Hurst, a man convicted of murdering his manager at a fast-food restaurant in 1998. The jury was split 7-5 in recommending the death sentence for Hurst.