SCOTUS: All Juvenile Offenders Have The Right To Apply For Parole 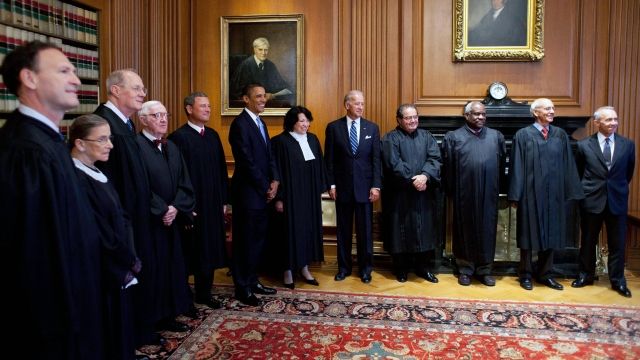 On Monday, the Supreme Court made a huge decision that could allow thousands of juvenile offenders to be let out of prison much earlier than expected.

In 2012, the Supreme Court ruled it's unconstitutional to sentence minors to life in prison without the opportunity of parole. Now, it's ruled that decision should apply retroactively.

This means the more than 2,000 people who received a mandatory sentence of life without parole for a crime they committed while they were under the age of 18 will be able to apply for early release.

The 6-3 majority decision cited the case of Roper v. Simmons, which determined that minors should not be subject to capital punishment.

That 2005 decision read in part, "Children have a 'lack of maturity and an underdeveloped sense of responsibility,' leading to recklessness, impulsivity and heedless risk-taking. Second, children 'are more vulnerable to negative influences and outside pressures.'"

This most recent case, Montgomery v. Louisiana, stems from an incident in 1963 when 17-year-old Henry Montgomery killed a deputy sheriff in Baton Rouge and was sentenced to life without parole.

The majority decision said the 8th amendment, which prohibits cruel and unusual punishment, dictates that a child should be able to prove they’ve been rehabilitated.

Justice Anthony Kennedy wrote, "Prisoners like Montgomery must be given the opportunity to show their crime did not reflect irreparable corruption; and, if it did not, their hope for some years of life outside prison walls must be restored."